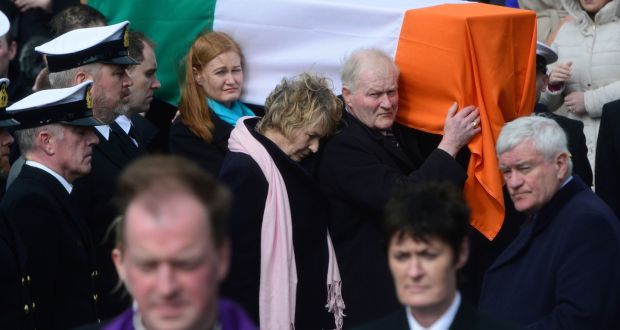 As Capt Dara Fitzpatrick’s tricolour-draped coffin was eased into the hearse after her funeral mass, a huge Sikorsky helicopter emerged from the western sky, flying low through the mist and drizzle that had enveloped Glencullen, her Coast Guard red and white livery instantly recognisable.

The chopper circled around the rear of the tiny St Patrick’s Church and then wheeled back to face, as it were, into the hearse.