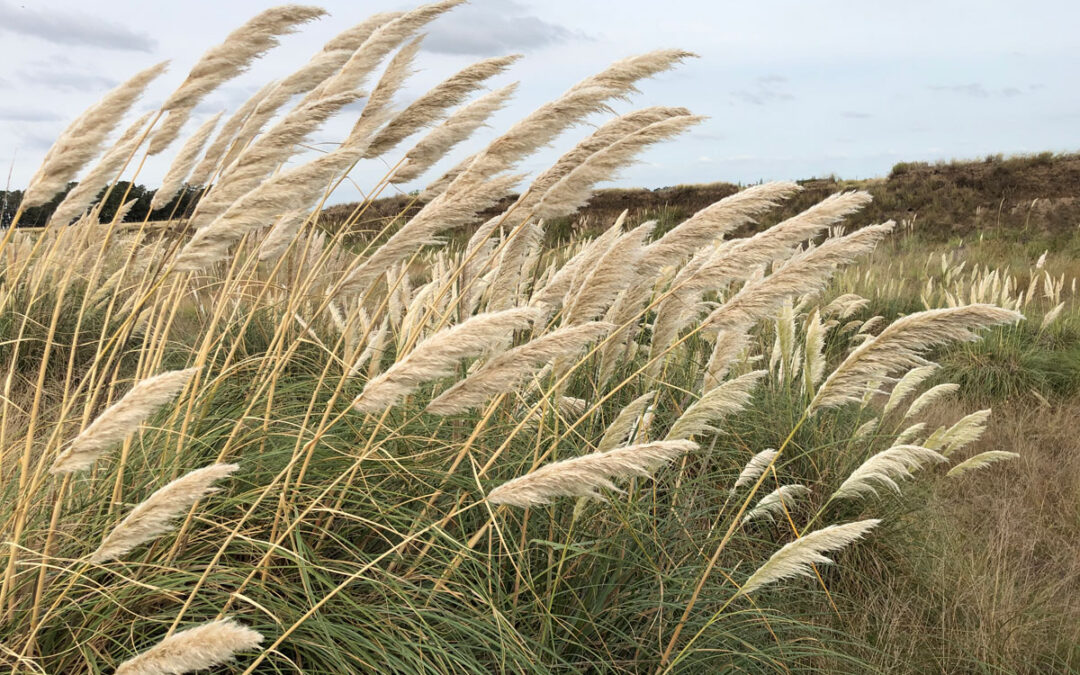 Good signposting does not prevent me taking the wrong way out of Buenos Aires airport. For some stupid reason, I find myself heading north and, during a nanosecond’s hesitation on the PanAm highway that skirts the city, incur the wrath of a taxi driver. My suggestion, in perfect Anglo Saxon as to where he might transport himself, did not assist either of us but it made me feel better.

Finally, and heading in the right direction, the city yields to countryside and I have my first taste of Argentina’s pampas, a vast swathe of the country extending, to the north, west and south, in a great arc around Buenos Aires, but also covering all of neighbouring Uruguay and part of southern Brazil. The entire geographic region of the pampas is almost 800,000 square kilometres. To give an idea of the scale of that, the island of Ireland is about 85,000 sq kms.

The pampas is vast and mostly flat, stretching into the far distance until it blends with the horizon beneath a huge sky that today, my first day’s biking, is a great canopy of blue broken only by whisps of cirrus cloud. The famous grass, the must-have addition to so many 1970s bungalow front gardens, is everywhere and actually looks rather beautiful – great drifts of feathery-white blooms bending in the breeze. The ordinary grass is mostly brown after the long hot and dry summer but herds of beef cattle, not perhaps as many as I thought there’d be but many hundreds nonetheless, roam freely through fields that seem the size of counties.

The road, Ruta 3, is, as Javier warned me, heavily used by truckers but most are, thankfully, good drivers and conscious of other vehicles. On the far side of a town named San Miguel Del Monte, I stop at an abandoned petrol station, the first of many to be encountered over the coming days. They are left-behind wrecks of broken glass, with graffiti-covered walls and roofs, sometimes half collapsed. Their forecourts and derelict empty workshops are littered with old tyres and oil cans. The peeled paint, Max Mad dystopian look is weirdly appealing. I’m wandering about this one taking photos when a police car pulls in. The officer rolls down his window and we chat, my awful broken Spanish being good enough though to tell him I’m a tourist just looking about and taking photos. He asks where I’m from and going to and, when I answer, he lights up, smiles and wishes me well, before scooting off to the tiny police station next door that I had hardly noticed. Which is odd because outside of it there is a graveyard of wrecked cars and bikes, and a smashed, crumpled up truck and van on display, presumably as a warning to drivers.

I go over to examine them and take more photos when another officer emerges from the single storey station and approached me. She has that ‘Eh, can I help you?’ look on her which actually says, ‘Oi! What are you up to?’ But we get chatting and she’s terribly nice. We look together at the wreck of the truck and the van. It is very obvious from the state of both that neither driver could have survived the crashes that turned their vehicles into messes of zagged-edged, crumpled, ripped apart metal.

Si, says the policewoman in answer to my question, people died in both vehicles, which were involved in separate crashes. I ask can I take her photograph and she agrees. Her name is Marisa. She has a lovely natural smile and her early stiff formality dissolves. She too wishes me well and she shakes my hand with a grip so firm that it nearly crushes it! It is a pleasure to be able to report that everyone I meet in similar positions of authority, whether police, military or government officials, in Argentina and Chile, over the coming days is similarly pleasant to deal with.

After 300 kms, I reach a town named Azul and decide it’ll do nicely for the night. The Yerba Buena, a casa de campo (cottage) B+B found on booking.com, is down a dirt track named Calle 142 and over a railway line – not easy to find but worth the effort. A welcoming party of a flock of friendly dogs come to greet the bike which I park beside a big fig tree, maybe the largest or most mature fig tree I’ve ever seen. Beyond the tree are several polytunnels filled with tomato plants, a vegetable patch (everything grown organically) and a chicken wire pen, in which the owner, Adela Gomez Robeiro, feeds the happy dogs. The place is delightfully chaotic, in a hippy sort of way, and Adele – a little surprised at my arrival, she not having check her online bookings – is a warm and welcoming.

She has house guests, Maris Luz and partner Marcelo Stefanoni.

That night, I dine on some Lidl Mexican bean and tuna salad (carried all the way from Ireland; ridiculous, I know) and a bottle of La Poderosda.

During the night, I am woken several times by the most explosive thunder storm and downpour I can recall. Every few minutes, there’s that familiar thunder and all-enveloping rumble but it is followed by an incredibly loud, ripping sound, a cracking, as though a giant has taken a tree trunk and split it, tearing it asunder immediately above the roof. The sound explodes in on itself and dissolves into rumble again. Then silence, save for the monsoon-like rain. The pattern goes on for hours.

“We needed it,” Marcelo says at breakfast. “There’s been no rain for about a month.”

Marcelo is a 66-year-old academic engineer from Buenos Aires. He tells me about the pampas, how there were no trees until European farmers settled on the plains in the 18th and 19th centuries, They wanted shelter and shade and so planted eucalyptus and pine trees. After the storm, the morning air is filled with that distinctive, pungent eucalyptus smell, a mixture of peppermint sweets and doctor’s surgery.

Marcelo is gloomy about Argentina without appearing, at least to me, to be a gloomy sort of person. Inflation is about 50 per cent, he says. There are multiple exchange rates, varying between the official rate and all sorts of black market and other dodgy under the table rates. “The problem now,” he says, “is there is populism but there is no money.” He mentions Peronism and how European far right politics of the 1930s influenced the renowned, not to say notorious, former President Juan Perón: “he had been in Italy in Mussolini’s time and [he] make a copy and establish here [in Argentina].” Perón has long been accused of having had fascist leanings.

In 2001, Argentina defaulted on nearly $100 billion of loans, the country’s eighth default in its modern history, the second this century. Ever since, it has been scrambling to regain the confidence of the global finance system so it can borrow money and function normally. “I think we returned about 30 years,” says Marcelo, characterising the societal effects of the 2001 default. “We live with the technology and copy the way of life of the first world but the way of living, in education and what you think of the future – we are 30 years back.”

Marcelo is as proud of his country as most people are of theirs. I think the state of affairs he sees saddens him; he cites with a certain patriotic pride the fact that Argentina is the only Latin country with five Nobel prize winners – two in peace, two in medicine and one in chemistry. The unstated thought is that his country should be, is well capable of being, better than it now is…

Adela goes out to feed the dogs. They, at least, haven’t a care in the world.

Bahia Blanca is a big, dusty port city a further 340km down Ruta 3. The Hospedaje La Serranita deep in the port area is run by Myriam who has Dusty Springfield, mascara-laden eyes and a Cilla Black fringe. She also has a yappy black spaniel.

“Fred,” she explains. “After Freddy Scissorhands.”

Down a side passage, there’s a bloke using an angle grinder to cut tiles for a bathroom. The air is filled with gritty dust and the floor is littered with bits of broken tiles and his tools. The whole place is ramshackle and looks like a pre-fab from maybe the 1950s and one not overly maintained since then. My bedroom will not win any awards.

But, as so often, things are not quite as they seem.

Myriam is an economist. She’s reading two books on economics at the same time, propping one up on the kitchen counter, she snatches bits as she works in the cafe-cum-dining area of melamine tables and plastic chairs. The other book she carries around, reading it as and when. They are about Argentina and the world economic system. Her husband, she tells me, is an engineer but he works in Colombia. They have no children. Just the killer dog.

Dinner is offered and, having come this far, I think I might as well carry on. In quick order, Myriam produces two perfectly cooked steaks, freshly cut, home-made chips, a salad and an amazing sauce which she says is chimichurri. And it is to die for! It’s made, by Myriam, of finely chopped garlic, parsley, peppers, oregano, bay leaf, salt, oil and boiled water. I know now that chimichurri is an Argentine staple but this was my introduction to it and it was delicious. My enthusiasm for it amused Myriam.

And, despite the run-down state of the place, hers is the first establishment in Argentina where I see antiviral hand gel on the counter.