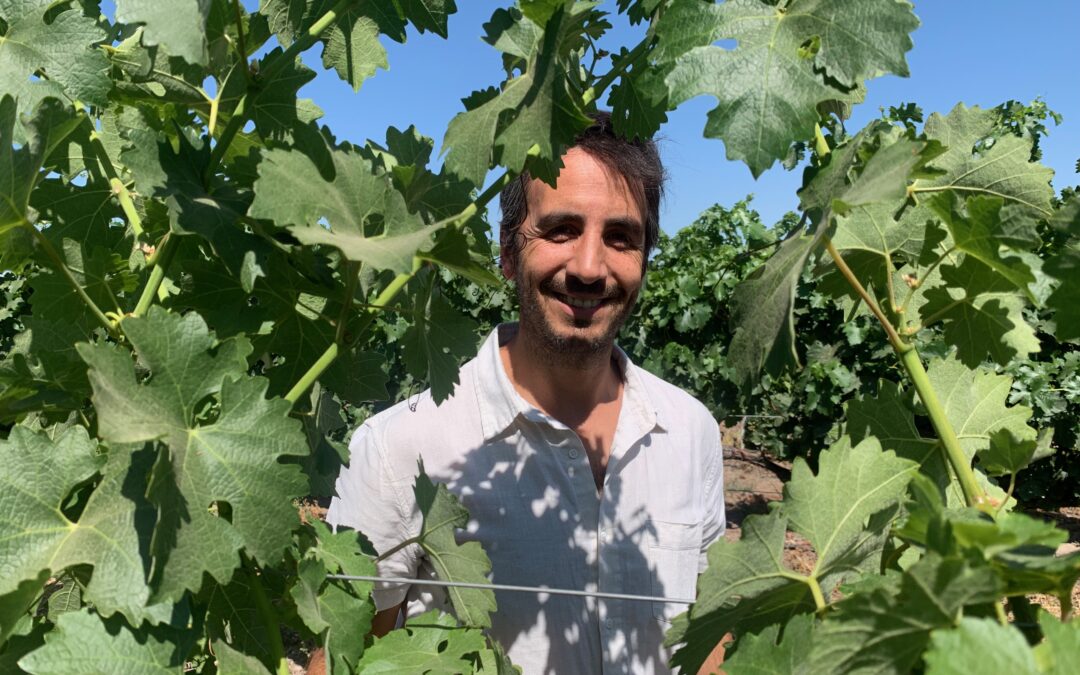 Jaime de la Barra strokes the leaves on a row of cabernet sauvignon vines with his open palm, in a loving and gentle way, the way he might stroke his daughter’s hair.

If [the rustle] sounds like paper,” he says, “too much water [has been applied]. It needs to sound like the wind blowing on leaves, like in the movies.”

He also wants the leaves to appear a light green, not a deep dark green.

de la Barra is viticulture manager at Santa Rita, whose vineyards, for their various Santa Rita labels and also their Carmen wines, are produced in Buin, just south of the capital, Santiago, where they also run an up-market hotel, restaurant, museum, and visitor centre. The particular vines receiving his amorous attention — and which pass the test — will shortly produce grapes for the vineyard’s iconic class, special reserve red wine, Casa Real.

It’s a bit odd to think of vines could receive too much water because right now, Chile as a whole has an extreme water shortage problem that shows every sign of getting worse — not because of profligate use or leaking pipes, though presumably both happen to some degree, but because of climate change.

The country has just entered its 14th year of continuous drought and the strain is showing. According to one recent study of a river valley (see: https://www.mdpi.com/2073-4441/12/3/648) some 200 kilometres north of Santiago, the country is experiencing its worst drought for 700 years. From sheep farmers in southern Patagonia to wine producers in the Maipo Valley, emergency measures are being taken.

Visiting the country for the third time, the first inkling that something is not right with the climate and weather came to me surveying the ground below as my plane from Santiago descended to Punta Arenas in the far south. The land was brown and this was late November, the cusp of Spring turning to summer in the southern hemisphere. A time, you would think, when there would be some evidence of fresh growth and hence greenery but a news item from Santiago a few days later told its own story: the capital was frying in 33 degrees of heat, a temperature that, while not unprecedented for the time of year, was more commonly experienced in the high summer, six to eight weeks down the road.

I am writing this report in mid-December in the coastal city of Valparaiso on the day after this very area recorded Chile’s highest known temperature to date — 41.6 degrees centigrade.

“We have had no rain for so, so long,” said my friend Patricio Corcoran, a businessman in Punta Arenas and a sheep farmer. He said that he and others in southern Patagonia were now having to drill wells for water at huge cost. This in a place that, much like Ireland, can be drowned in rain, or snow, for much of the year. But not anymore or rather, when precipitation does come, rain falls at the “wrong” time of year and there’s too much, or not enough. . . the settled weather pattern disrupted, as in so many other places. In the last century, Chile as a whole averaged just over 900 millimeters of rain a year; today that has fallen by 30 per cent.

Travelling north through the country, evidence mounts — first it is the frequency with which one sees the scars from fires; blazes that destroyed scrubland, or fields or, most dramatic of all, whole forests. Over 7,000 hectares have been damaged so far this year and, at the time of writing, firefighters are battling 18 fires, many of them close to Santiago which is itself under a public health alert due to the density of smoke in the air.

From the lakes region and on up into the central valley, the country looks parched. As temperatures rise and Andean glaciers retreat (most, though not all), the amount of water available has reduced. The beds of rivers that hitherto rushed west, down from the Andes and across the central plain towards the Pacific, are mostly dry. Such running water as one sees now occupies only a narrow part of what in many instances are river bed courses sometimes stretching kilometres wide.

According to Sustainable Solutions Development (SDS; see https://sdcenter.org/santiago-climate-risk-and-response/), in 50 years’ time, the amount of water available to Santiago will have reduced by 40 per cent, through a combination of climate change and population growth. Currently, the capital has 6.8 million residents but that is expected to grow to eight million by 2030. Earlier this year, water rationing was announced for the first time

“A city can’t live without water,” Claudio Orrego, the governor of Santiago, said in a press conference reported by Reuters. “And we’re in an unprecedented situation in Santiago’s 491-year history where we have to prepare for there to not be enough water for everyone who lives here . . . This is the first time in history that Santiago has a water rationing plan due to the severity of climate change. It’s important for citizens to understand that climate change is here to stay. It’s not just global, it’s local.”

SDS says agriculture is responsible for 74 per cent of water usage in a country that has enshrined water privatisation in its constitution. By coincidence, the same percentage of people say they want water ownership to return to the State. The battle over water figured prominently in recent discussions about a new constitution, something that remains unresolved following the decisive voter rejection last September of the proposed new document.

In the meantime, agriculture has to cope with a rapidly diminishing critical asset. At Santa Rita, one of the country’s top wine producers and the largest exporter of Chilean wine to Ireland, de la Barra explained what he and colleagues are doing to try to address the water problem. 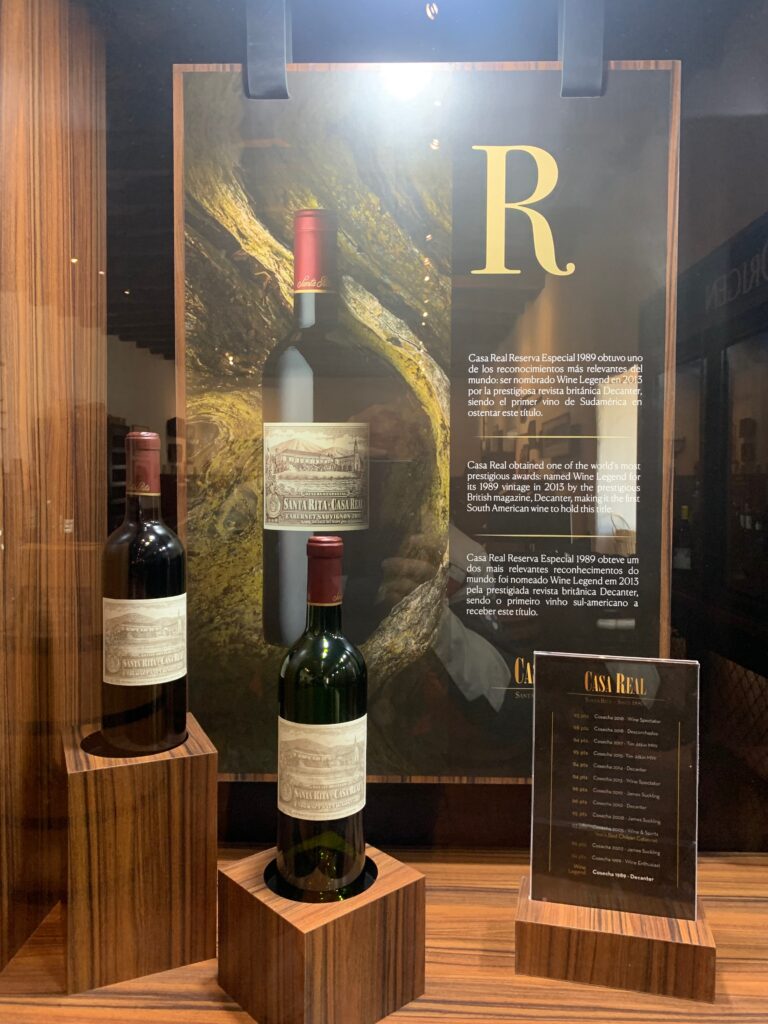 We drove to a vineyard named Hill 93, looking down on the village of Alto Jahuel and beyond it to the Maipo itself. The ground is bone dry dusty. Extreme heat from mid-December to mid-January is not that unusual, he says, “but it is definitely getting more extreme”.

Not only has the volume of water from the Andes diminished very significantly as demand has grown, but the quality of such water as now flows has also decreased. This is because concentrations of carbonates and chlorine in Andean lakes have built up as the volume of water passing through them has decreased. By the time the water reaches the valleys below, it has become mineral heavy.

“So there is a lot more concentration of minerals into the water and into our three reservoirs on the estate,” de la Barra says.

The knock on effect for vine growers is that this mineral heavy water reacts with lime in the soil and forms a surface crust, causing water from irrigation drips to flow away from the stem of the vine, rather than sinking into the soil where it falls. This in turn causes vine roots to, in effect, chase the water and, by growing up towards the surface rather than down to other minerals that are wanted to make the best wines, the vine eventually dies.

One solution is to treat the water, with sulphur or by ionisation or with sun wave technology (developed by Israel to desalinate sea water but very costly) to break its surface tension and encourage absorption but de la Barra prefers a more holistic approach. Part of that is to sow mustard between the vines, cutting the plants and ploughing the crop into the ground.

Another solution is to identify, from among the 300 different bacteria and 170 different types of fungus that are in the soil, which ones contribute to vine health and using them to create natural fertilizers.

“[The bacteria and fungus] also take carbon from the atmosphere. It can be three or four times more than is produced by the vineyard,” says de la Barra, adding that while viticulture generates 15 tons of CO2 per hectare, 45 tons can be extracted from the atmosphere using this natural tool.

“The maths is that the most realistic thing is not related to biofuels or a different tractor engine. It’s about biodiversity and biology in the soil,” he argues. “For us as a team this is our number one priority. We are not going to be bankrupted as a company [by using this method] and we are using technologies which are already having a positive side effect by using fewer insecticides and fertiliser use is dramatically reduced.”

Santa Rita has almost 400 hectares devoted to wine production, in Chile and Argentina (for its Doña Paula wines) and aims to have 30 per cent of its vine growing land using the carbon reducing system described by de la Barra by 2025. Just three per cent of global CO2 emissions is related to wine production and so while the industry itself is not a major contributor to the problem, it is highly vulnerable to the effects of climate change. 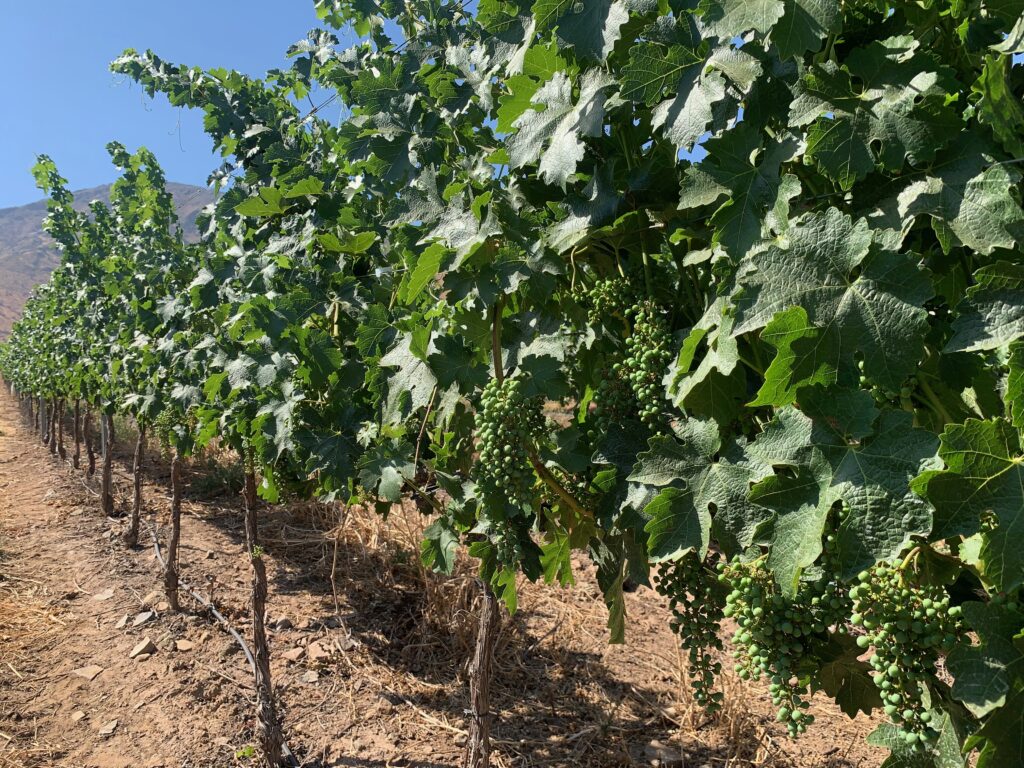 Planting vines in parallel to the sunrise-to-sunset arc of the sun helps protect from extreme temperatures.

Dealing with the water issue is one problem. Another is changing planting positioning. de la Barra said some vineyards had been replanted by sowing vines in parallel to the sun’s daily movement. By doing so, and not allowing the sun’s rays direct access to the grapes by shining on the side of the plant, the top of the vine becomes a protective cover for the fruit underneath. Similarly, the vineyard’s nursery where new vines can take six years to reach production maturity, plants are now protected by a special sunray reducing mesh.

Grinding down the three per cent global CO2 contribution is especially difficult as 64 per cent of the three relates to activities not entirely within the industry’s control, because it involves barrel production, glass manufacture, and shipping.

Without major technological change in shipping (which means reducing use of diesel engines) what Santa Rita as a company, and indeed the entire Chilean wine industry, can do is limited. Santa Rita exports 91 per cent of what it produces — of which a surprising 36 per cent goes to Ireland.

This piece was published in The Irish Times online on Saturday, January 21st 2023. Since being written, the death has occurred of Patricio Corcoran.