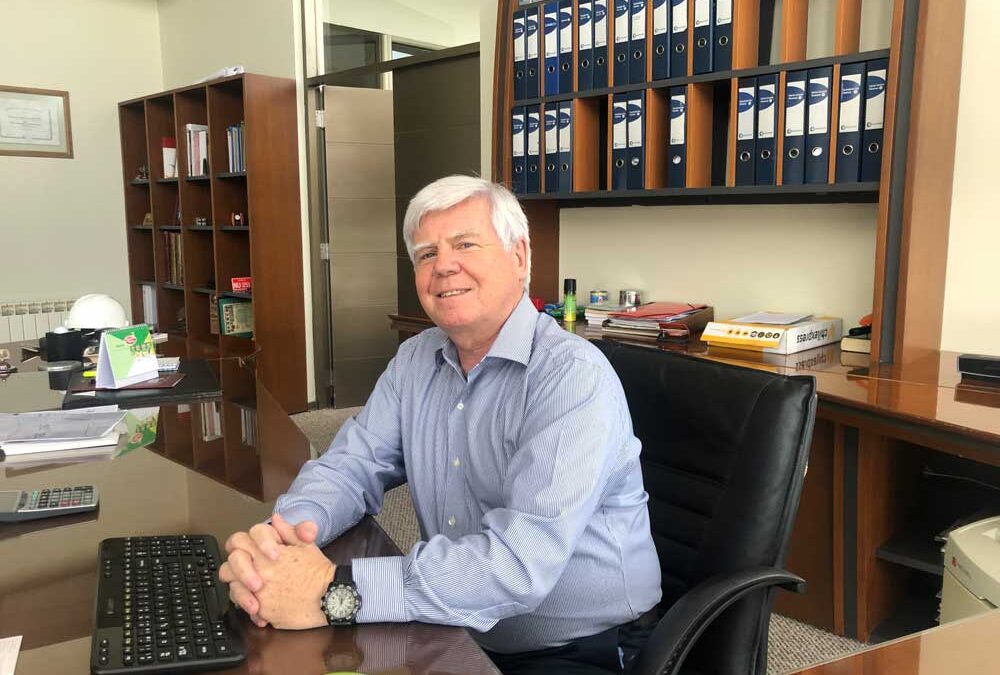 Well, this is a blog I wish I was not writing. I have just learnt of the death of my friend, benefactor and guardian angel in Punta Arenas, Patricio Corcoran. He died yesterday, apparently after a short illness, but more I know not. He was only 68 and looked in great shape, to me at any rate.

Patricio was a lovely man — handsome, smart, warm, successful, big into his family and quietly proud of his Irish roots. He ran a food distribution company and medium-sized supermarket in Punta Arenas, right at the far bottom end of Chile, and was also a sheep and cattle rancher. He was very well known in the business community, tourism and hospitality sector in Chile’s southern-most region, Magallanes y Antarctica,

I was introduced to him in early 2020 by Ireland’s ambassador to Chile, Paul Gleeson. I wrote about him here https://tip2top.ie/patricio-corcoran/ on April 3rd 2020. A few days later, as Covid overwhelmed everything and brought my gallop to a shuttering halt, I asked Patricio was there any possibility at all of putting my motorbike into one of his warehouses because, on balance and with a stay-at-home curfew about to be imposed, I had to abandon my trip and return to Ireland.

Without a moment’s hesitation he said yes, of course. We both thought it would be for a couple of months. . . it turned into two and a half years. But, true to his word, Patricio never betrayed any exasperation at this monster-sized intruder in his warehouse, month after month after month and I never, ever had any doubt but that my precious bike was in good care. When I told Patricio that I was returning last November, he had it taken to a local mechanic for a service and change of fluids — ready for me to resume my adventure. That was the sort he was — thoughtful and kind.

He took me to dinner later that night — a wonderful meal of local seafood in one of Punta Arenas’ top restaurants and we chatted about all sorts of things. Despite Chile’s political turmoil, Patricio was essentially optimistic and, while I doubt that he shared all of the current left-wing president Gabriel Boric’s politics, he said he liked him, thought he was fundamentally a good person and that he wanted him to succeed for the sake of the country. I wrote about my return and meeting Patricio again here: https://www.irishtimes.com/life-style/people/2022/12/03/reunited-with-the-motorbike-i-left-behind-in-santiago-my-great-retirement-project-resumes/

I struggled to think when I was returning what I could bring Patricio as a present from Ireland. I didn’t really know him well enough, his likes and dislikes but I did know he valued his heritage. So I got him one of those heraldic family name, hand-painted scrolls for the Corcoran clan. And I got his wife a thick wool throw. He seemed chuffed with the scroll and told me later that his wife loved the throw. I was pleased at that. I really, really hoped they would come to Ireland for a holiday when he retired, which he was thinking about. It would have given me such pleasure to share our place in west Mayo with them.

I wanted to meet him again after I’d got to Alaska and written the book. He’ll be in it but now, I am so so sorry that I will never see him again. And so sorry too for the great shock and grief I am sure his family and many close friends are feeling now.

He is survived by his wife, Sylvia Blackwood, and their three children and 10 grandchildren.