Osorno versus Puerto Octay – no contest . . . 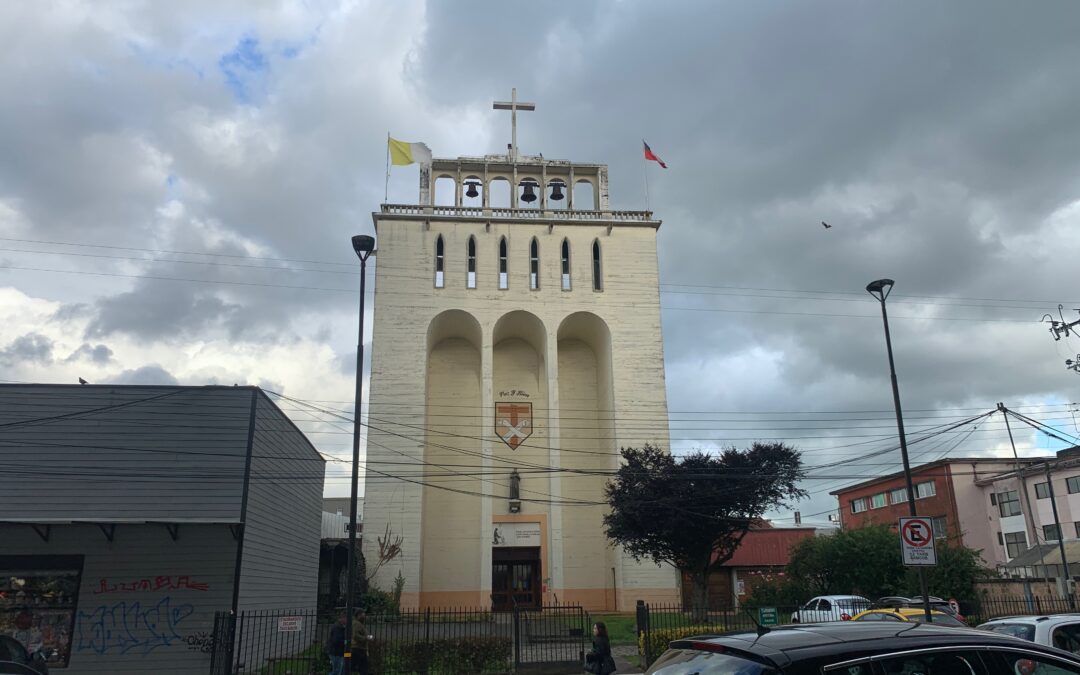 What must surely be the world’s ugliest church, Parroquia San Francisco, looks out over Plazuela Yungay in the center of Osorno. I came across it last evening on my wander, having settled into my latest hostel, the Hostel del Chaman, a really nice refuge buried in the center of the town, behind the usual malee of dowdy shop fronts, steel shutters and graffiti.

What makes the church of San Francisco so astoundingly ugly is that what should be the statement face it presents to the world, the bell-tower entrance facade, is made of poured concrete. That is, hardened cement that was poured initially into mouldings made of timber that, when the concrete had dried, are removed. This construction technique has been used many times, in the Berkeley Library in Trinity College, Dublin, where the ring growth patterns of the wood become a feature of the building.

The the case of the church in Osorno, which was built in 1949, the effect however, is visually awful and no amount of paint slapped onto the concrete can detract from this. 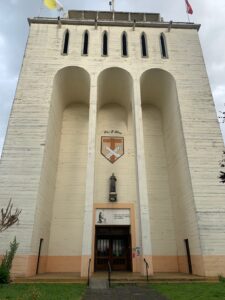 Facade of the Church of San Francisco 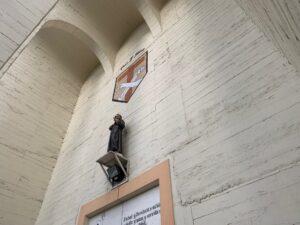 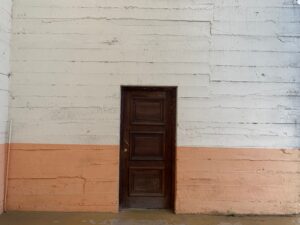 It’s interesting, in a depressing sort of way, how public spaces can be destroyed by things like steel shutters on shop fronts and spray paint vandalism. The center of Osorno suffers hugely from both. Eleuterio Ramírez, one of the main shopping streets (and they don’t come alive until well after 10 in the morning) is tree lined and should be rather pleasant. But, because of the shutters and graffiti, and occasionally though rarely, it can b e bright and colourful, it really isn’t. 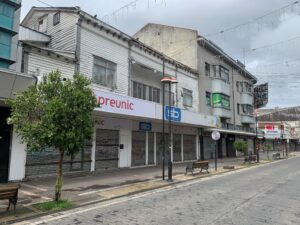 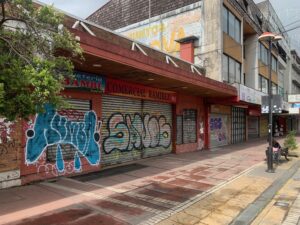 Even buildings that have some visual merit can be made ugly by the profusion of telegraph and other wires strung between poles. 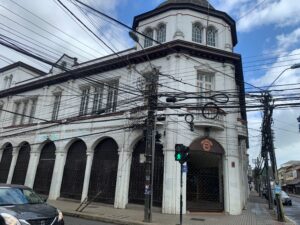 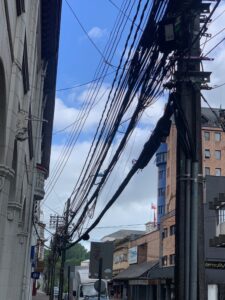 Buildings from an earlier era get sandwiched between modern constructions and what beauty remains of them is destroyed by thoughtless signage. 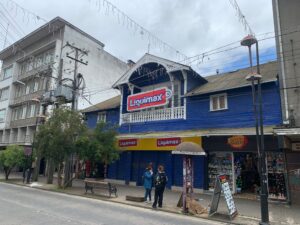 At the far end of the shopping street, the opposite end to the church of San Francisco, there is the (inevitable) Plaza des Armas, home to the Catedral de San Mateo. No oil painting itself, it at least makes an effort to appear attractive: mosaics of the Apostles are colourful and the front porch is flood lit by modern stained glass lancet windows. Inside is also bright if a little utilitarian in appearance. 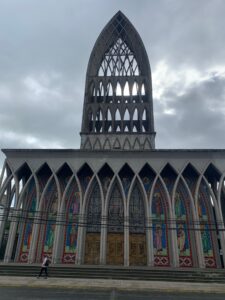 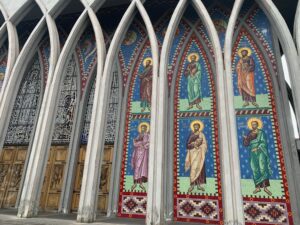 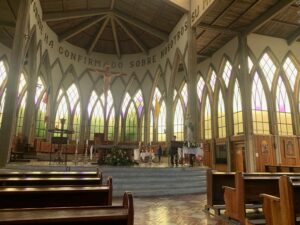 Puerto Octay, that place of slightly shabby, peeling paint beauty, is only a short drive away but, in terms of the pleasure it gives, its another world.